Bach - the Art of Solitude 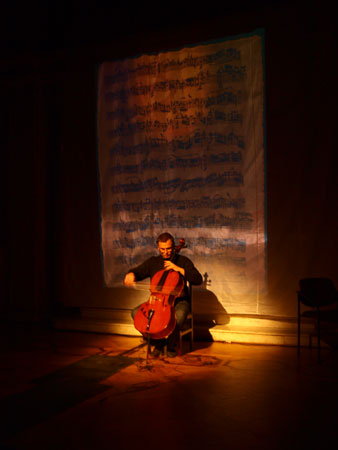 The “Six Suites for Solo Cello” by Johann Sebastian Bach are the pieces of music to which I have devoted the greatest amount of thought and emotion in my whole musical life. I keep being astonished by their beauty and mystery, fascinated by their profound wisdom and courage in the use of the instrument that is by its very nature limited. I keep pondering the unclear purpose for which they were composed. I find the perfection of their proportions, abundance of ideas, their energy and contemplative calm – an amplitude of the process taking place on the sound level and the immaterial level – deeply moving. An Apogee that escapes rational analysis.

I would like to offer my heartfelt thanks to Stasys Eidrigevicius, Cezary Duchnowski and Maciej Walczak for accepting my invitation to a joint experiment aimed at casting a new light at Bach’s Suites.
My intention is to give each Suite a different visual setting, and also a musical setting to one of them. An important element of the performance is the acoustics of the place I play in, increasing the polyphony effect.

Improvised painting of Stasys Eidrigevicius in the background; Narol, 2012

Maciej Walczak’s artistic digital visualisation which has its point of departure in paintings by old masters and Baroque symbols. Musical electronic tissue created by Cezary Duchnowski.

6 parts of the Suite and 6 canvases on which an eminent artist (Stasys Eidrigevicius) will create his painting in the course of the concert.

The Art of Solitude

A darkened room; on the screen delicate light reveals a facsimile of the Suites manuscript. It creates an atmosphere of reflection and contemplation.

O solitude, how overpopulated you are

Dorota Krzywicka: Why did Bach compose music? To put it simply, we can point to two sources of his oeuvre. First, many of his pieces were composed in strict connection with the functions Bach performed or were specifically commissioned by his superiors, kings, friends; some were written in order to meet the needs of close relatives. Therefore, the shape these of compositions and their expression were determined by either formal circumstances (e.g. those of a church service) or performing capabilities (e.g. those of a beginner pupil). Probably this is the most fascinating aspect for us today – the fact that in that inconvenient, stiff framework of “functional art” we find such intense emotions and deepest reserves of a most subtle and unrestricted spirituality. The second aspect of Bach’s music which fascinates music specialists and music lovers is the composer’s passionate way of weaving his way through the labyrinth of mystical cognition.

Andrzej Bauer: Exactly! After all, Bach wrote for himself, too. He could afford to disregard performers, not to mention listeners, when he was certain of his monthly salary. This gave him complete artistic freedom and allowed him to write music which was no longer understood then and for which he was criticised…

D.K.: Bach’s mystical inclination I have mentioned inspired him to write the Kunst der Fuge – a collection of pieces written for no specific instrument, meant to manifest itself only through intellectual cognition and silent contemplation. In this collection, the composer’s concern was not for displaying his own or a performer’s skill – it was, instead, about concentration a result of which was a possibility of meeting the Absolute.

A.B.: Yes, it is as if this music were dictated by the Universe and were the greatest sublimation of its energy and motion; it is, as it were, a refection of the spiritual state of the Universe. Never before had this energy materialised in music in so clear a form.

D.K.: It seems that both the violin Sonatas and Partitas, as well as the cello Suites – pieces written following commissions and meant for a public performance after all – reveal their mysterious purpose only when the performer is on his or her own: a lonely struggle with their content, with their musical matter, enabling the performer to pass through the successive stages of discovery.

A.B.: There is a lot of wonderful music which is a source of the greatest satisfaction to the performer and the cello Suites are certainly part of it. There is an invitation to contemplation in them, intimacy that is difficult to convey during a public performance. All the more so given the fact that it is by no means certain whether the Suites were conceived to be performed in public. Personally, I believe they were not.

D.K.: Is this what the uniqueness of these pieces is about? Let us try to grasp and define the essence of their uncommonness.

A.B.: In the Suites Bach created a synthesis of several trends and styles of Baroque music. Nonetheless, his pieces for unaccompanied string instruments were ahead of their time. This is primarily true of the use of the instruments, though not only. Before Bach, no one had ever written cello pieces of such importance and with such a perfect, condensed form. There is an extraordinary development of instrumental texture and growing complexity over the whole of the Suites cycle. It is as if Bach was willing to try out various possibilities that the instrument offered and to draw as much as possible from the texture-shaping tradition (the Preludes). It also seems that the composer was getting increasingly bold as his writing proceeded. At some point the instrument (cello) seemed to cease to be sufficient: in the fifth Suite, Bach starts to alter its tuning (scordatura) and in the sixth he gives it an additional string. The limitations of the cello became a challenge for him and he ultimately managed to turn them into an advantage. What emerged as a result was a set of reflective and ascetic works with an unusually clear form. Yet despite the ascetic character resulting from the nature of the cello itself, the Suite cycle is extremely diversified internally, its elements are highly contrasting. This was imposed to some extent by the cyclic suite pattern adopted by Bach for the whole collection. The composer makes use of polyphonic writing to a varied degree; the way in which he comes up with a resolution of the paradox of polyphonic writing for a basically monodic (one-part) instrument is astonishing.

Some acoustic features of 18th-century palaces are in a way inscribed in these pieces, which additionally intensifies the polyphonic effect and transforms the cello, as it were, into a Baroque organ or a Baroque orchestra.

D.K.: But this is not quite our concern here, as we try to talk about contemplation and about meeting the Absolute…

A.B.: The origins and the form of the cello Suites can be analysed from many sides; it is impossible, however to define or describe their essence as works of genius.

D.K.: This does not have to apply only to Bach’s oeuvre.

A.B.: Indeed, it is impossible to explain on the basis of a theoretical analysis why a work should be called “outstanding”, and why, on the other hand, there are works which are beyond any reproach in terms of formal structure and yet are worthless. This yawning gap between analytic possibilities and the very essence of music will never be bridged; “Thank Heavens!”, if I may add.

D.K.: It is true that a theoretical analysis can never approach the essential mystery of a work of music – just as a medical autopsy cannot solve the mystery of life. But we cannot deny the role of such an analysis in the perception of music, especially of Baroque music with all its splendour, formal discipline and rhetoric, which determined even its smallest details.

A.B.: Listeners today are largely unaware of the sophisticated splendour of Baroque musical forms, which is a result of a lack of continuity in the performing and perceptive traditions. For me personally, these formal aspects are of minor significance; what does matter most in this music cannot be described with words – just as we lack words when it comes to describing a mystical experience, a dream, or a reality of “other dimensions”. To me, music is a form of experiencing spiritual states. A desire for such experiences and a belief that they may be conveyed to others, while music is performed, manifests itself with me, which is a most wonderful phenomenon! Sometimes I have to fail as a performer, but time and again I do reach that far, even if it happens only for a brief moment during a concert. An encounter with Bach and his music makes us humble. The cello Suites are infused with humility, as they were written “ad maiorem Dei gloriam”.

D.K.: Have we not been exploring too lofty ideas? No doubt Bach was full of deep feelings, but, on the other hand, he had both feet firmly on the ground.

A.B.: Johann Sebastian Bach must have been an extraordinary man. If we take into account the enormous number of tasks he had to perform – rehearsals, teaching, expert appraisals of organs, official meetings and church services during which he performed as an instrumentalist or conductor – it all becomes impressive and we start thinking, how could one man manage all that? Not to mention the numerous children, longing for their dad each day, or, for a change, the Bachs’ impressive and puzzling wine bills…

D.K.: Do you think, then, that Bach was a conscientious and level-headed official who was capable of organising his schedule perfectly?

A.B.: I think not. Personally, I am fascinated by what might be called “psychological costs” that must have been inevitable when such a powerful stream of creative consciousness was “passing through” Bach. Bach’s confrontation with the outer world and its realities must have been quite painful to him; we know he was a hot-tempered man struggling in an uncompromising way with the adversities of the (not only musical) reality that surrounded him.

A.B.: Coming back to the high wine bills I have mentioned earlier: they cannot be treated as an invitation to treating the cello Suites as Tanzmusik or Tafelmusik. I believe that this music requires attention and concentration. There is no need either to try to find a plot or programme in it. It is sufficient to “just” listen to the music. 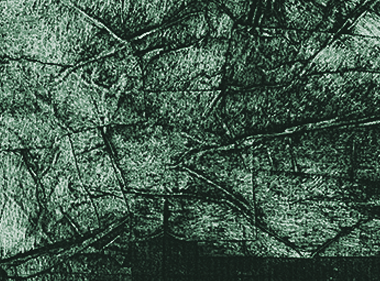 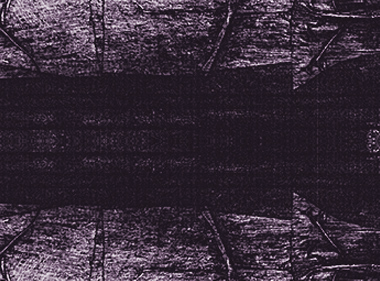 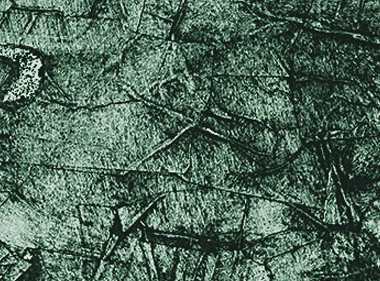 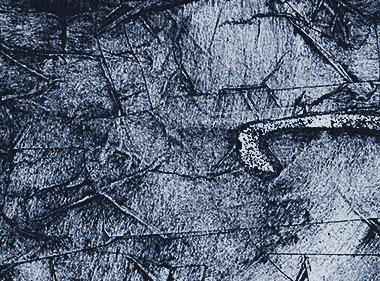 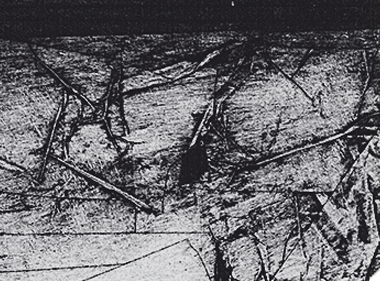 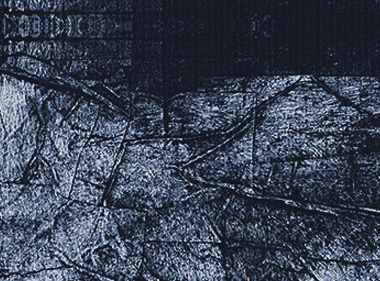 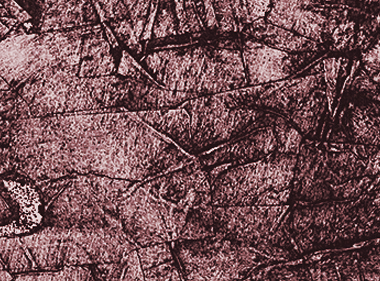 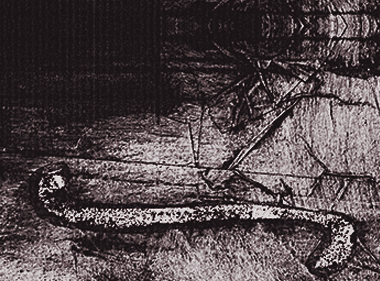 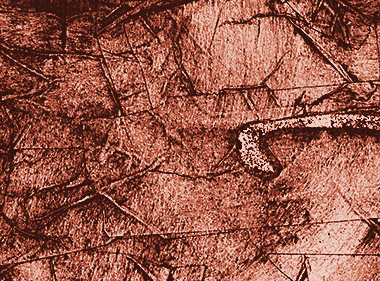 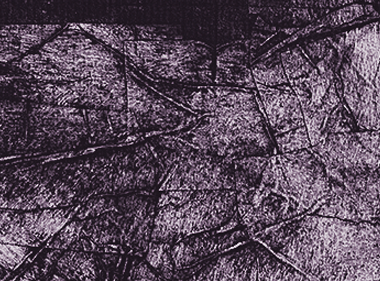 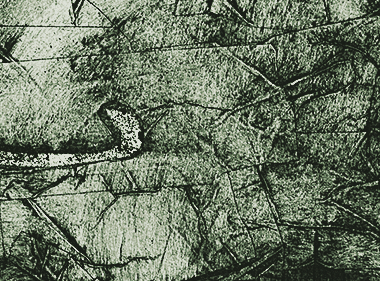 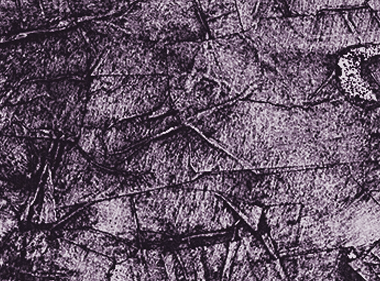