A dream will always triumph over reality, once it is given the chance 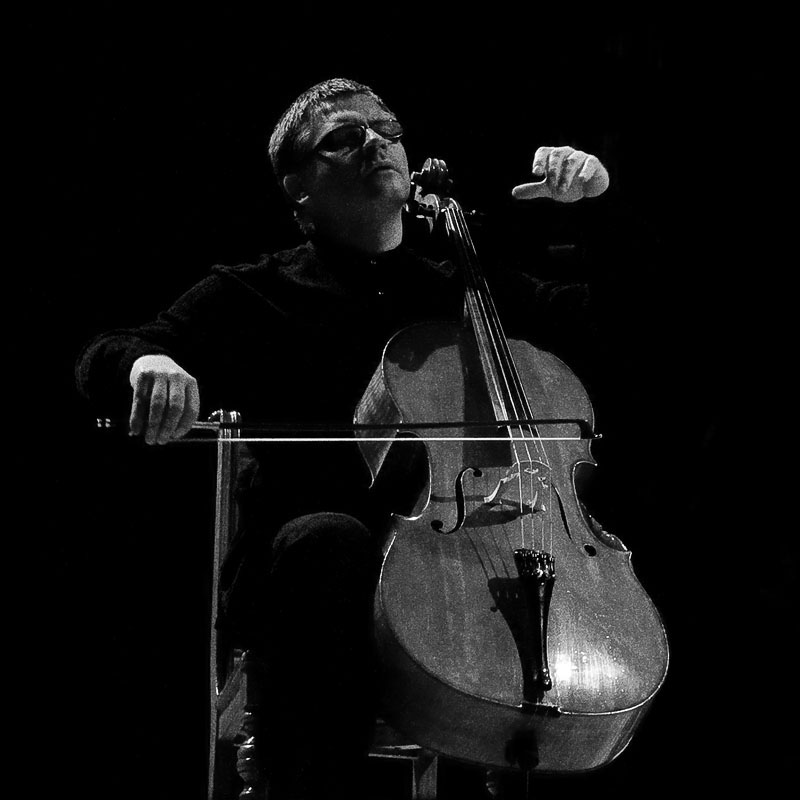 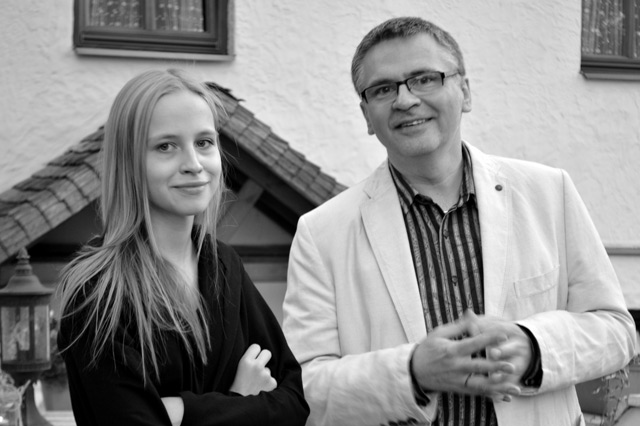 I started to write my CV once again and stopped… Facts from my musical life can be found in my biographical note.

My happiness, apart from personal elements – which have recently formed a harmonious whole – lies in a sense of freedom of creation, the greatest possible joy in my active musical life. Of course, this also means difficulties, obligations and doubts.

I do what I like and I understand a lot of what I like. At the same time I increasingly keep my distance from my artistic ventures.

I am aware of their “ornamental” nature. I do not feel compelled to be active as an artist or desire power. I’m very happy about that.

The cello is an instrument, which despite its long history and slow “growth” in the first few centuries of its existence has been developing very rapidly in the last few years. Its palette of colours keeps expanding. Composers like to write all kinds of pieces for cello, changing its sound and nature – the one we are used to. Instrumental technique is getting ever more flexible and the average level of playing is on the rise.

I am supporting this process and am trying to encourage it. Projects I find the most interesting are those exploring borderline areas. Focusing on the boundaries of the instrument’s capabilities, boundaries of digital technology that is expanding them. Where various ways of creating and making music meet, where various performance styles and kinds of improvisation intersect. Improvisation has power, so often used by artists of the past – after all, they harnessed it in their “complete” compositions. It was the spirit behind many masterpieces, also those fleeting ones, not notated but recorded by a microphone.

I find it highly satisfying to be able to teach young people, watch them grow, though it seems to me that their first foray into professional career is getting more and more difficult, and requires more and more sacrifice. In this respect I am interested mostly in two topics: work technology and psychological aspects of a musician’s playing and development.

I was fortunate in my teachers. Prof. Kazimierz Michalik had a huge influence on how I “move” on my instrument.

It meant a lot to me to have contact with Ivan Monighetti. I was fortunate to be able to work with Daniel Szafran, a unique performer, whom I adore. On the other hand, working with William Pleeth in London created a bond with what is extremely important to my instrument – the tradition of Julius Klengel school.

To a large extent I have been shaped by my contacts with outstanding composers. I am happy that Witold Lutosławski and Krzysztof Penderecki – so different as composers – must have found something in my playing, if our contact was so frequent and their support for me so great.

The artistic projects I present on these pages are unusual. They always contain an element of collaboration with my friends. I am very grateful to them.

A separate presentation is that of the Warsaw Cellonet Group. It is a group of remarkable cellists – a project with a huge potential.

Facts from my music life..

Andrzej Bauer was born in Łódź, where he completed his studies under Kazimierz Michalik’s guidance. He continued his musical education, working with e.g. André Navarra, Miloš Sadlo and Daniel Szafran during numerous masterclasses. He also completed a two-year course in London, under William Pleeth, thanks to a scholarship funded by Witold Lutosławski. 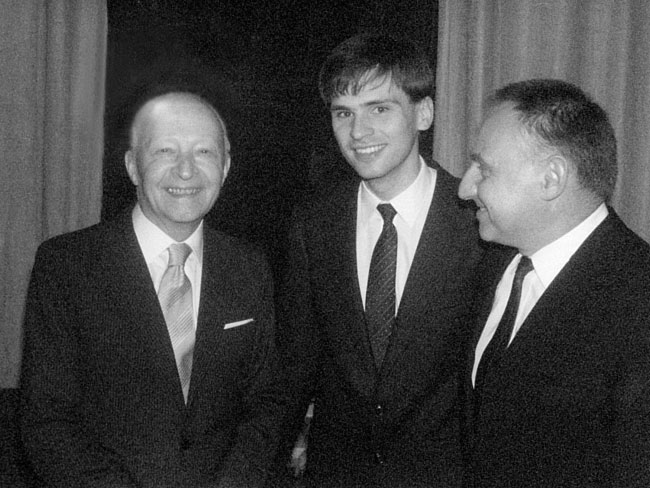 Andrzej Bauer has given recitals in Amsterdam, Paris, Hamburg and Munich, and performed with symphony orchestras, including the Munich Philharmonic Orchestra, RAI Naples Orchestra, Orchestre Philharmonique de Strasbourg, Stuttgart Radio Symphony Orchestra and Berlin Radio Symphony Orchestra. He has appeared in concert as a soloist with most Polish symphony and chamber orchestras, with ensembles like the National Philharmonic Orchestra and Sinfonia Varsovia inviting him to join them as a soloist on their European concert tours.

Andrzej Bauer has recorded music for a number radio and television stations in Poland and other countries. He has taken part in international festivals, performing in most European countries as well as the United States and Japan.

The artist’s recording with works by Schubert, Brahms and Schumann (Koch/Schwann) won the quarterly German Record Critics’ Award. His subsequent CDs featured works by Shostakovich, Prokofiev, Stravinsky, Messiaen, Panufnik as well as Witold Lutosławski’s Cello Concerto. 2000 saw the release of the first ever Polish recording (on two CDs) of all of Bach’s cello suites, recorded by Bauer for the CD Accord label, for which the artist won the 2000 Fryderyk Award of the Polish Academy of Phonography.

The artist’s extensive repertoire features many works of contemporary and new music, including works composed especially for him. At the 2002 Warsaw Autumn Festival Andrzej Bauer gave a recital of premieres of pieces for cello solo and electronic media which he had inspired. The Cellotronicum project launched at this point has been continued by the artist ever since, resulting in new recordings and more premieres presented at major contemporary music venues in Europe. The second edition of the Cellotronicum project at the Warsaw Autumn won the 2006 Orpheus prize.

Andrzej Bauer is professor at the Fryderyk Chopin University of Music in Warsaw and the Feliks Nowowiejski Academy of Music in Bydgoszcz, where he is in charge of cello classes. In addition, he is the founder and artistic director of the Warsaw Cellonet Group.

He has been devoting more and more time to composing and improvising music.